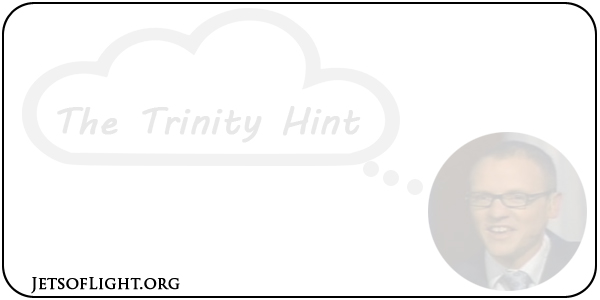 No question. David Asscherick believes in the Seventh-day Adventist Trinity doctrine of our church. Back in 2010 at the Pillars of Our Faith camp meeting, Pastor Asscherick preached a sermon on the Trinity that was filmed by 3ABN and the transcript was placed online.  One of the major points made in the sermon was that there is plurality within the very nature of God. David Asscherick reasoned the point in this way:

Do you know what a “hint” is? Answer: a small piece of information that helps you guess an answer.

I would like to clearly show that David Asscherick has seen a hint where there isn’t any hint. And he made a wrong guess based on this perceived hint. The reason why I would like to propose that 1 John 4:8 (God is love) is NOT a hint at a plurality within the very nature of God is because of 1 John 4:9

1 John 4:8 He that loveth not knoweth not God; for God is love.
1John 4:9 In this was manifested the love of God toward us, because that God sent his only begotten Son into the world, that we might live through him.

The Son of God is also a separate being apart from the Father. Ellen White talks about Jesus being an associate – a coworker. Notice that Jesus Christ is the “only being” that could enter into all the counsels and purposes of God.

The Sovereign of the universe was not alone in His work of beneficence. He had an associate—a coworker who could appreciate His purposes, and could share His joy in giving happiness to created beings. “In the beginning was the Word, and the Word was with God, and the Word was God.” . . . Christ, the Word, the only begotten of God, was one with the eternal Father—one in nature, in character, in purpose—the only being that could enter into all the counsels and purposes of God. . . . {Christ Triumphant p.7.4}

God is love (1 John 4:8) cannot be hinting to the plurality within the very nature of God because 1 John 4:8 in context is specifically talking about one being who is the Father.

Another incredibly strong point that there is not a plurality within the very nature of God is because by the grace of Christ we are going to see God face to face. Please read carefully the Ministry of Healing quote below:

Christ took with Him to the heavenly courts His glorified humanity. To those who receive Him He gives power to become the sons of God, that at last God may receive them as His, to dwell with Him throughout eternity. If during this life they are loyal to God, they will at last “see His face; and His name shall be in their foreheads.” Revelation 22:4. And what is the happiness of heaven but to see God? What greater joy could come to the sinner saved by the grace of Christ than to look upon the face of God and know Him as Father? {Ministry of Healing p.421.1}

We are not going to see a 3-in-1 or a 1-in-3 being when we see God. By the grace of Christ we are going to look upon the face of God and know Him as Father! As of August 20th, 2016 the Seventh-day Adventist church has this video up describing the one eternal God as three. 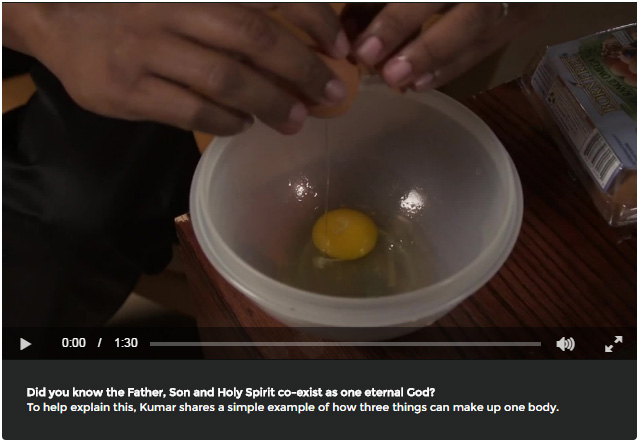 Notice the caption under the video. It says: “Did you know the Father, Son and Holy Spirit co-exist as one eternal God?” This is an error. The Biblical one true God is the Father. The Ministry of Healing quote above reveals it and the Scriptures are very clear

David Asscherick desired to make a positive affirmation of the character and nature of God from a Biblical context as you can see from the quote below:

16:04 However, rather than doing that, what we’re going to do
16:07 is we’re going to make a positive affirmation
16:09 of the character and nature of God from a Biblical context.
16:13 Can you say amen to that everyone?
16:14 In other words, the sermon is not going to be unnecessarily
16:17 polemical or apologetic or argumentative.
16:20 The purpose will be to present a positive picture.
16:23 What kind of picture?
16:24 A positive picture.

Below are few ways you can better understand the character of God and how “God is love” without standing on hints and forming conclusions based on guesswork. Please remember God is the Father and he is a personal being. God is not “a relationship of Father, Son and Holy Spirit.”

Every leaf and flower with their varied tints, perfuming the air, teach them that God is love. All that is good and lovely and beautiful in this world speaks to them of the love of our heavenly Father. The character of God they may discern in His created works. {Child Guidance p.54.1}

This is a positive picture friends. Let’s look at the character of God through His created works.

Our next quote highlights teaching children to know God as their Father. I believe our Seventh-day Adventist church may be in such a state of confusion that even adults may need to be taught that God is their Father. God is not the Trinity.

The first lesson that children are to be taught is that God is their Father. This lesson should be given them in their earliest years. Parents are to realize that they are responsible before God for making their children acquainted with their Heavenly Father. From the very first it is their duty to teach their children the importance of obeying the law of God. That God is love, is to be taught by every lesson. {RH, June 6, 1899 par. 1}

Brothers and sisters. Our heavenly Father truly is love. We don’t need to pluralize any being to keep this truth.

P.S. I have been encouraged by many of David Asscherick’s sermons in the past. I heard him speak in a few GYC conventions and my heart was truly touched. I have shared hundreds of his sermons to the general public door-to-door and have gone through his DVD Bible boot camp to learn how to give Bible studies. I am not against David Asscherick as a person. I am against his hint of there being a plurality in the very nature of God. I am against his belief in the Trinity. I hope that one day David Asscherick will stand on the original Fundamental Principles of our church. I would encourage everyone to read Donna’s book entitled “Christ and the Trinity” which examines the Trinity as the foundation of the Christian church. David Asscherick is what I would call one of our “superstar” pastors. He is loved by millions. I pray that individual Christians would stand up for the truth about God to encourage these “superstar” preachers to stand and preach the truth no matter what the consequence.