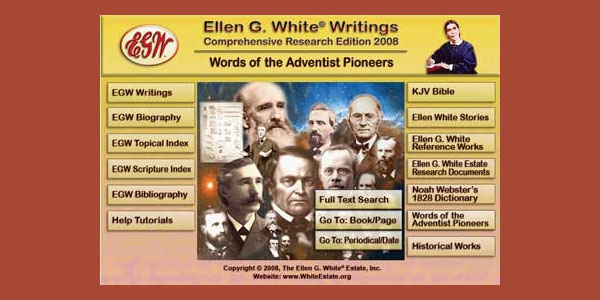 For those people who are looking to do further research into Uriah Smith’s 1897 book Daniel and the Revelation I am trying to verify that EGW Research 2008 Software contains the original 1897 version of the book and not the 1944 or any later version. 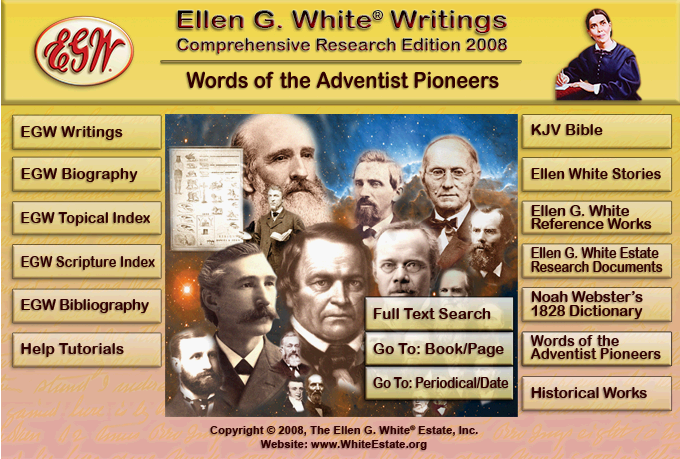 It was nice to see the editor’s note regarding the book:

[CD-ROM Editor’s Note: The subtitle noted for this work is the actual main title Uriah Smith used. As there have been many editions of this popular book on prophecy, this is a useful location to note again our policy of including in this digital collection the last edition published in the lifetime of the author.]

It has been said that “the version on the EGW CD-ROM called the 1897 edition is not from 1897 but a revised version from at least 1911“. I’m not sure what EGW CD-ROM this is being referred to but as far as I can see the 2008 software by the Ellen G. White Estate contains the true 1897 version. That being said, I have not verified any of the Godhead comments that were removed in the 1944 version are still there. I have checked some of the deletions made in the first two chapters of the 1897 book and happy to say that they were in the 2008 folio views software. I will update the article if I stand corrected. Please consider commenting below if you have researched specifically if this is the 1897 version or not.

Example taken from the CD-ROM:

his change of names was probably made on account of the signification of the words. Thus, Daniel signified, in the Hebrew, God is my judge; Hananiah, gift of the Lord; Mishael, he that is a strong God; and Azariah, help of the Lord. These names, each having some reference to the true God, and signifying some connection with his worship, were changed to names the definition of which bore a like relation to the heathen divinities and worship of the Chaldeans. Thus Belteshazzar, the name given to Daniel, signified keeper of the hid treasures of Bel; Shadrach, inspiration of the sun (which the Chaldeans worshiped); Meshach, of the goddess Shaca (under which name Venus was worshiped); and Abednego, servant of the shining fire (which they also worshiped). {1897 UrS, DAR 28.2}

Their increase in flesh and improvement in countenance which took place during these ten days can hardly be attributed to the natural result of the diet; for it would hardly produce such marked effects in so short a time. Is it not much more natural to conclude that this result was produced by a special interposition of the Lord, as a token of his approbation of the course on which they had entered, which course, if persevered in, would in process of time lead to the same result through the natural operation of the laws of their being? {1897 UrS, DAR 30.2}

Do you have any information pertaining to this software program containing Uriah Smith’s 1897 book and not some later version? Please comment below.