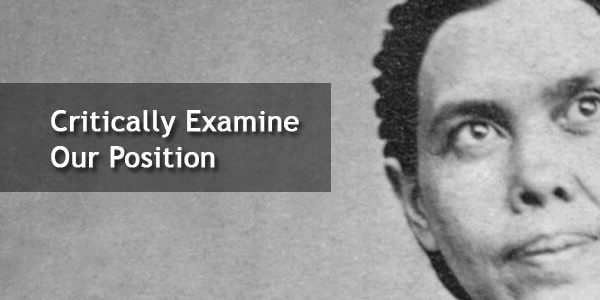 The trinity doctrine is a position that our current Seventh-day Adventist church holds. We have it listed in the SDA 28 Fundamental Beliefs book. When I became a member of the church I automatically rested in the belief that I found the true church and I didn’t need to worry about being in error anymore. If a doctrine was presented to me that conflicted with the 28 Fundamental Beliefs I instantly went into a “defend mode” to prove them wrong. For example I was once told that a Sister M didn’t believe in the trinity. My instant reaction was “poor soul”. Did I ask my friend about Sister M’s reasons for believing so? No, I automatically defended the church position and asked if Sister M had ever watched the David Asscherick sermon on the Trinity. I was trusting in the pastor and not the Word of God. Unfortunately I am seeing this time and time again as I share with SDA friends the truth about God. The Seventh-day Adventist Church at large is resting in the confidence of leadership and are not willing to look at the evidence. It is with these thoughts that I share Ellen White’s timely counsel regarding examining our doctrines based on the Word of God.

Highlights of the Article:

A Sign of Growth.— Whenever the people of God are growing in grace, they will be constantly obtaining a clearer understanding of His word. They will discern new light and beauty in its sacred truths. This has been true in the history of the church in all ages, and thus it will continue to the end. But as real spiritual life declines, it has ever been the tendency to cease to advance in the knowledge of the truth. Men rest satisfied with the light already received from God’s word, and discourage any further investigation of the Scriptures. They become conservative, and seek to avoid discussion. {CW 38.3}

The fact that there is no controversy or agitation among God’s people, should not be regarded as conclusive evidence that they are holding fast to sound doctrine. There is reason to fear that they may not be clearly discriminating between truth and error. When no new questions are started by investigation of the Scriptures, when no difference of opinion arises which will set men to searching the Bible for themselves, to make sure that they have the truth, there will be many now, as in ancient times, who will hold to tradition, and worship they know not what. {CW 39.1}

I have been shown that many who profess to have a knowledge of present truth, know not what they believe. They do not understand the evidences of their faith. They have no just appreciation of the work for the present time. When the time of trial shall come, there are men now preaching to others, who will find, upon examining the positions they hold, that there are many things for which they can give no satisfactory reason. Until thus tested, they knew not their great ignorance. {CW 39.2}

And there are many in the church who take it for granted that they understand what they believe, but, until controversy arises, they do not know their own weakness. When separated from those of like faith, and compelled to stand singly and alone to explain [BEGIN P.40] their belief, they will be surprised to see how confused are their ideas of what they had accepted as truth. Certain it is that there has been among us a departure from the living God, and a turning to men, putting human wisdom in place of divine. {CW 39.3}

God will arouse His people; if other means fail, heresies will come in among them, which will sift them, separating the chaff from the wheat. The Lord calls upon all who believe His word to awake out of sleep. Precious light has come, appropriate for this time. It is Bible truth, showing the perils that are right upon us. This light should lead us to a diligent study of the Scriptures, and a most critical examination of the positions which we hold. {CW 40.1}

God would have all the bearings and positions of truth thoroughly and perseveringly searched, with prayer and fasting. Believers are not to rest in suppositions and ill-defined ideas of what constitutes truth. Their faith must be firmly founded upon the word of God, so that when the testing time shall come, and they are brought before councils to answer for their faith, they may be able to give a reason for the hope that is in them, with meekness and fear. {CW 40.2}

Agitate, agitate, agitate! The subjects which we present to the world must be to us a living reality. It is important that in defending the doctrines which we consider fundamental articles of faith, we should never allow ourselves to employ arguments that are not wholly sound. These may avail to silence an opposer, but they do not honor the truth. We should present sound arguments, that will not only silence our opponents, but will bear the closest and most searching scrutiny. . . .{CW 40.3}