Evidence that Seventh-day Adventists Had No Trinity Doctrine In 1913 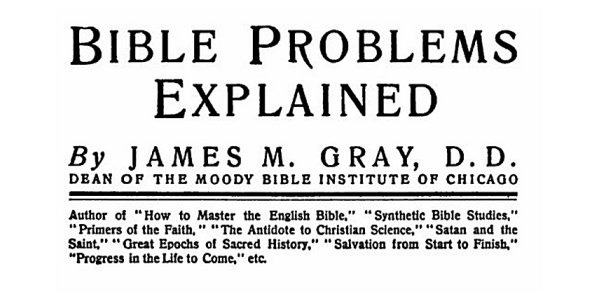 Did you know that the Seventh-day Adventist Church in 1913 did not believe in the Trinity?

James Martin Gray (May 11, 1851 – September 21, 1935) was a pastor in the Reformed Episcopal Church, a Bible scholar, editor, and hymn writer, and the president of Moody Bible Institute, 1904-34.
https://en.wikipedia.org/wiki/James_Martin_Gray

James M. Gray, the third president of Moody Bible Institute, was born in the city of New York on 11 May 1851. His father Hugh Gray had eight children and died shortly after James was born. Later he was raised by his eldest brother. In 1865 at the age of fourteen, he was confirmed by a bishop of his church. After college, Dr. Gray entered into formal training in the Protestant Episcopal Church for a ministerial career.
http://library.moody.edu/archives/biographies/james-m-gray/

Here is the book that James M. Gray wrote:

On page 81 James M. Gray clearly teaches people that Seventh-day Adventists in 1913 “reject the doctrine of the Trinity, which involves the Deity of Christ, though this is not stated“. 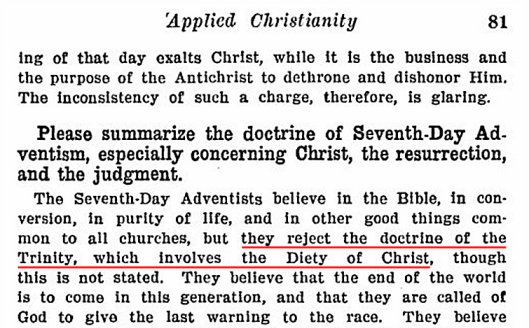 Many thanks for the “Trinity Truth” website for sharing this information. Please see there website for a thorough explanation of how Satan over time succeeded in bringing the trinity doctrine into the Adventist Church.