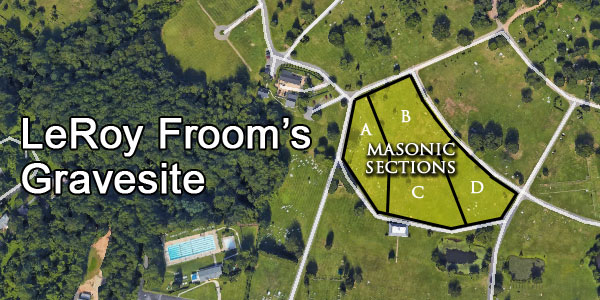 Did you know some Seventh-day Adventists believe that LeRoy Froom was a member of the Freemason’s and had possible Jesuit connections? One of the main reasons why I believe people are interested in knowing if Mr. Froom belonged to one of these orders or societies is the Total Onslaught series by Walter Veith. This series is an in-depth study on the book of Revelation. There is a total onslaught on Jesus Christ and this series helps reveal Satan’s deceptions in the world. Part of these deceptions involve Free Masons and the Jesuits. If LeRoy Froom was a Jesuit or Freemason then it would bring into question the changes he helped make as the associate secretary of the General Conference Ministerial Association. Click on the following link for more information on the changes LeRoy Froom made in the SDA church.

Listed below are three links that provide additional information about whether LeRoy Froom was or was not connected with a fraternal organisation.

Danny Vierra interviews a woman who knew Benjamin George Wilkinson an educator and theologian in the Seventh-day Adventist church. June shares a few of the stories that Mr. Wilkinson personally related to her while he was alive.

The definition of a Jesuit is:

Jesuit, member of the Society of Jesus (S.J.), a Roman Catholic order of religious men founded by St. Ignatius of Loyola, noted for its educational, missionary, and charitable works, once regarded by many as the principal agent of the Counter-Reformation, and later a leading force in modernizing the church. https://www.britannica.com/topic/Jesuits

This short video by Truth Ministry NFP reveals LeRoy Froom was buried in the Freemason section of George Washington Cemetery in Adelphi, Maryland.

The definition of Freemasonry:

Freemasonry is a society of men concerned with moral and spiritual values. Its members are taught its principles (moral lessons and self-knowledge) by a series of ritual dramas – a progression of allegorical two-part plays which are learnt by heart and performed within each Lodge – which follow ancient forms, and use stonemasons’ customs and tools as allegorical guides. http://www.ugle.org.uk/what-is-freemasonry

This is the grave of LeRoy Froom, a man who was a historian of the SDA church. He was a man who wrote a couple of books that changed the Adventist religion. The books like Evangelism and The Coming of the Comforter. He was the evangelist of the doctrine of a triune God. He is more responsible than anyone else in the SDA church for the acceptance of the doctrine of Trinity by the SDA church. When he published the book Evangelism, which is actually a compilation of statements of Ellen G White and for which many falsely believe that Ellen White published during her life, it was actually Froom who compiled the statements of Ellen G White and put the statements together according to his desire, even making up the chapter titles on his own, that she never wrote, so that it would look as if Ellen White supported the doctrine of a triune God. However, that is not true.

What is interesting about this grave, when we arrived here to the cemetery, we went to the office and asked for information on how to find the grave and they gave us the map of the cemetery identifying individual sections. They told us that Froom’s grave was in the Masonic section. So, he is buried in the section that is allocated for Freemasons. They even wrote it by hand, Masonic section B, and the map also identifies it as the Masonic section. Here you can see the symbol of Masonic education, the Aladdin’s lamp. The graves around him contain other, more famous masonic symbols, like the square and compasses, with letter “G” in the middle. Even the occult inverted pentagram. But the Aladdin’s lamp represents the enlightenment and Masonic education. You can see the same symbol on the web site of the Supreme Council, 33 degree of the Scottish Rite of Freemasonry. Master Craftsman Program – scottishrite.org/members/masonic-education/srmc/ in Washington DC, where we came from just 30 minutes ago 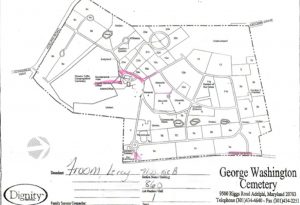 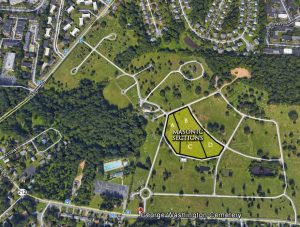 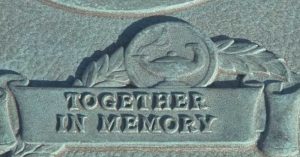 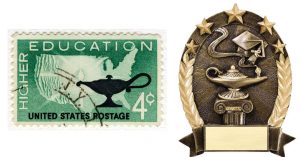 3. Q&A with Tom Norris – Was LeRoy Froom A Freemason?

James Butler asks the following question on Allexperts.com which is a large question and answer website service:

Am wondering if LeRoy Froom was ever a Freemason?
http://en.allexperts.com/q/Seventh-Day-Adventists-2318/2012/11/leroy-edwin-froom.htm

Tom Norris who answers the question was raised as a Seventh-day Adventist in Takoma Park, Maryland and has spent significant time conducting independent research in the General Conference Archives and the Ellen G. White Estate. Here is the conclusion of Mr. Norris:

It is very unlikely that Froom would be a Mason. However, more research needs to be done before this issue can be fully resolved . The SDA’s were clearly anti-Mason, and Froom had to have known this fact.  However, considering that William Miller, the Father of the Advent Movement, was a Mason, what would it matter if Froom has some association with the Masons? Perhaps someone, who was a Mason, gave him these grave sites?

The problem with Froom is not that he was a Mason, (if he was), but that he did not understand the Gospel. While Froom was one of the most published and dogmatic of the 20th century SDA theologians, his understanding of the Gospel was very poor. Moreover, his official history of 1888, entitled “Movement of Destiny,” is a very dishonest and harmful apologetic that helped pave the way for the tragedy of Glacier View.

So Froom is part of the problem and one reason why the SDA’s are so confused about both theology and church history.
http://en.allexperts.com/q/Seventh-Day-Adventists-2318/2012/11/leroy-edwin-froom.htm

Jet’s of Light agrees with Mr. Norris conclusion about LeRoy Froom’s book “Movement of Destiny” being a very dishonest and harmful apologetic. We would like to encourage every Seventh-day Adventist to study for themselves the truth about God in light of the fact that there may have been leaders in the Seventh-day Adventist church steering us in a direction opposite of the truth’s of the Bible and Spirit of Prophecy.

The enemy of souls has sought to bring in the supposition that a great reformation was to take place among Seventh-day Adventists, and that this reformation would consist in giving up the doctrines which stand as the pillars of our faith, and engaging in a process of reorganization. Were this reformation to take place, what would result? The principles of truth that God in His wisdom has given to the remnant church, would be discarded. Our religion would be changed. The fundamental principles that have sustained the work for the last fifty years would be accounted as error. A new organization would be established. Books of a new order would be written.
Selected Messages Volume 1, Ellen White, p.204