One Way Seventh-day Adventists Defend the Doctrine of the Trinity 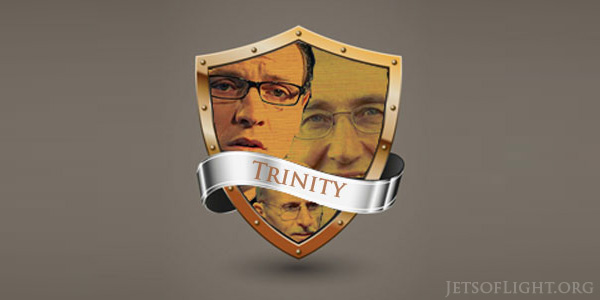 Many of my Seventh-day Adventist friends love the Bible. The majority of them believe that Ellen White’s writing are inspired and can be trusted. What a blessing to have friends that believe the Bible is true. Over the last few years I have shared the truths about God that are found on this website. An unfortunate pattern has been revealed as I begin to talk with them about who God is and who the Holy Spirit is and how the Seventh-day Adventist Trinity came into our church. The pattern that many of my friends have shown me is troubling. They wait to see what their favorite speakers believe, and then agree with him.

If someone is beginning to study the topic of God and the Trinity in light of the Bible and spirit of prophecy, I would like to pass on Ellen White’s counsel. I think it is true and timely to Seventh-day Adventists worldwide:

Here is the danger of exalting man in our hearts. If we get the wisdom of man before us as the wisdom of God, we are led astray by the foolishness of man’s wisdom. Here is the great danger of many in Battle Creek. They have not an experience for themselves. They have not been in the habit of prayerfully considering for themselves, with unprejudiced, unbiased judgment, questions and subjects that are new, which are liable to arise. They wait to see what Bro. Aldrich thinks. If he dissents, that is all that is needed. The evidence in their minds then is positive that it is all of no account whatever. This class is not small; yet for all their numbers are large, it does not change the fact that they are weak-minded through long yielding to the enemy, inexperienced, and will always be sickly as babes, walking by others’ light, living on others’ experience, feeling as others feel, acting as others act. They act as though they had not an individuality. Their identity is submerged in others. They are merely shadows of others whom they think about right. These will all fail of everlasting life unless they become sensible of their wavering character, and correct it. They will be unable to cope with the perils of the last days. They will possess no stamina to resist the Devil; for they do not know that it is he. Some one must be at their side to inform them whether it is a foe approaching, or a friend. They are not spiritual, therefore spiritual things are not discerned. They are not wise in those things which relate to the kingdom of God. None, young or old, are excusable in trusting to another to have an experience for them. Said the angel, “Cursed is man who trusteth in man, and maketh flesh his arm.” A noble self-reliance is needed in the Christian experience and warfare. {PH097 18.1}
Men, women, and youth, God requires you to possess moral courage, steadiness of purpose, fortitude and perseverance, minds which will investigate, and prove, and try, for themselves before receiving or rejecting, minds that cannot take the assertions of another, but will study and weigh evidence, take it to the Lord in prayer, and flee to Him who has invited them to come. “If any of you lack wisdom, let him ask of God that giveth to all men liberally, and upbraideth not, and it shall be given him.” {Ellen G. White, Pamphlets PH097 p.18-20}

They wait to see what Brother Aldrich thinks. If he dissents, that is all that is needed. Would you permit me to change the name. Could we not place any of our popular preachers names into that quote? 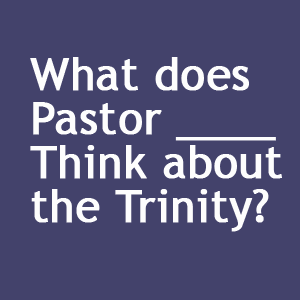 Do you see my point? This is how many of my kind hearted Bible believing, spirit of prophecy professing brothers and sisters defend the Seventh-day Adventist Trinity doctrine.

People are submerging their identities in others. A pastor/teacher must be at their side to inform them whether it is a foe approaching, or a friend. I have a confession to make. Before I came to believe in the truth about God, I received a phone call from a friend. This friend communicated to me that a mutual friend did not believe in the Trinity. Do you know what my response was? I said “Oh, that’s sad. Hasn’t she seen Pastor Asscherick’s sermon on the Trinity?” I was trusting in a preacher. I did the very thing Ellen White was warning about. Now after many years I see that I was relying on another’s experience. I liked David Asscherick and believed I could trust him with my doctrinal beliefs. Ellen White is saying that instead of trusting popular preachers we should have a “noble self-reliance”. We should investigate and prove all things. I am not saying to never listen to these preachers. What I am saying is, be willing to investigate Bible doctrines that may conflict with your favorite preacher. God will help. The Spirit of truth will guide you into all truth.

I’m hoping there will be some men, women, and youth who will have the moral courage to study the doctrine of God without bias. The Trinity doctrine of our Seventh-day Adventist church needs to be re-examined. Our “superstar” pastors need help. They don’t need to be followed without question. They need our prayers and our “noble self-reliance”.

P.S. When you begin to examine the Trinity may I suggest a few starting points?