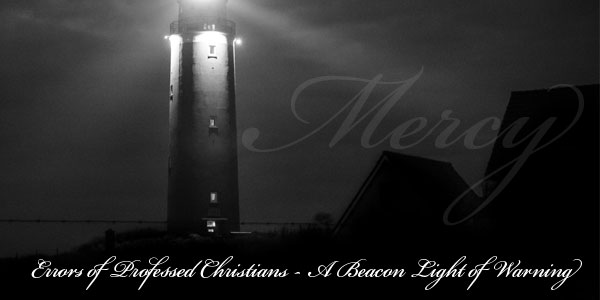 It is in God’s mercy that through various ways he shows the erring soul their guilt just as he did in Bible times. There is encouragement in these paragraphs and hope for the fainting heart.

The pen of inspiration, true to its task, tells us of the sins that overcame Noah, Lot, Moses, Abraham, David, and Solomon, and that even Elijah’s strong spirit sank under temptation during his fearful trial. Jonah’s disobedience and Israel’s idolatry are faithfully recorded. Peter’s denial of Christ, the sharp contention of Paul and Barnabas, the failings and infirmities of the prophets and apostles, are all laid bare by the Holy Ghost, who lifts the veil from the human heart. There before us lie the lives of the believers, with all their faults and follies, which are intended as a lesson to all the generations following them. If they had been without foible they would have been more than human, and our sinful natures would despair of ever reaching such a point of excellence. But seeing where they struggled and fell, where they took heart again and conquered through the grace of God, we are encouraged, and led to press over the obstacles that degenerate nature places in our way. {4T 12.1}

God has ever been faithful to punish crime. He sent His prophets to warn the guilty, denounce their sins, and pronounce judgment upon them. Those who question why the word of God brings out the sins of His people in so plain a manner for scoffers to deride and saints to deplore, should consider that it was all written for their instruction, that they may avoid the evils recorded and imitate only the righteousness of those who served the Lord. {4T 12.2}

We need just such lessons as the Bible gives us, for with the revelation of sin is recorded the retribution which follows. The sorrow and penitence of the guilty, and the wailing of the sin-sick soul, come to us from the past, telling us that man was then, as now, in need of the pardoning mercy of God. It teaches us that while He is a punisher of crime, He pities and forgives the repenting sinner. {4T 12.3}

In His providence the Lord has seen fit to teach and warn His people in various ways. By direct command, by the sacred writings, and by the spirit of prophecy has He made known unto them His will. My work has been to speak plainly of the faults and errors of God’s people. Because the sins of certain individuals have been brought to light, it is no evidence that they are worse in the sight of the Lord than many whose failings are unrecorded. But I have been shown that it is not mine to choose my work, but humbly to obey the will of God. The errors and wrongdoings in the lives of professed Christians are recorded for the instruction of those who are liable to fall into the same temptations. The experience of one serves as a beacon light to warn others off the rocks of danger. {4T 12.4}

Thus are revealed the snares and devices of Satan, the importance of perfecting Christian character, and the means by which this result may be obtained. Thus God indicates what is necessary to secure His blessing. There is a disposition on the part of many to let rebellious feelings arise if their peculiar sins are reproved. The spirit of this generation is: “Speak unto us smooth things.” But the spirit of prophecy speaks only the truth. Iniquity abounds, and the love of many who profess to follow Christ waxes cold. They are blind to the wickedness of their own hearts and do not feel their weak and helpless condition. God in mercy lifts the veil and shows them that there is an eye behind the scenes that discerns their hidden guilt and the motives of their actions. {4T 13.1}

You can read the full testimony by visiting the following link: https://m.egwwritings.org/en/book/114.30#30